Planning on having an unforgettable New Years Eve? Do you want a quiet and romantic Valentines Day cruise for two guests?  No matter the holiday we can help. Del Rio Yachts does not provide your basic catering hall or restaurant for your Holiday Events.  We have luxury charter yachts in the New York, New Jersey, and Connecticut harbor to host your special day.  Imagine the sunset, the fresh air, elegant cuisine, and dancing under the stars on your very own luxury yacht.  You and your guests will be the only ones on board having the time of your lives.  We have many different options for you and your guests.  Whether you want a specific themed or traditional event we can make it happen.  We have charter boats and charter yachts providing cruises with full entertainment and dining.

We provide luxury yacht cruises for:

New Years Eve Cruise: This celebration is when Americans gather to wish each other a happy and prosperous coming year. Martin Luther King Day Cruise: is the third Monday in January.  The Reverend Martin Luther King, Jr. was an African-American clergyman who is recognized for his tireless efforts to win civil rights for all people through nonviolent means.

Presidents’ Day Cruise: is the common name for the U.S. federal holiday officially designated as Washington’s Birthday. It is celebrated on the third Monday of February.  Washington’s Birthday holiday was originally established to honor the contributions of the first president of the U.S., but it has become commonplace for Americans to celebrate the legacies of all past presidents on this day.

Valentine’s Day Cruise: is celebrated on February 14th.  The day was named after an early Christian martyr, and on Valentine’s Day, Americans give presents like candy or flowers to the ones they love.

Easter Cruise: falls on a spring Sunday that varies from year to year.   Easter is a Christian holiday celebrating the resurrection of Jesus Christ. For Christians, Easter is a day of religious services and the gathering of family. Many Americans follow old traditions of coloring hard-boiled eggs and giving children baskets of candy.

Memorial Day Cruise: is observed the last Monday of May.   It originally honored the people killed in the American Civil War, but has become a day on which the dead of all wars, and the dead generally, are remembered in special programs held in cemeteries, churches, and other public meeting places. The flying of the American flag is widespread.

Independence Day 4th of July Cruise:  This holiday honors the nation’s birthday – the signing of the Declaration of Independence on July 4, 1776. It is a day of picnics and patriotic parades, a night of concerts and fireworks. The flying of the American flag is widespread.

Labor Day Cruise: is the first Monday of September.   This holiday honors the nation’s working people, typically with parades. For most Americans it marks the end of the summer vacation season and the start of the school year.

Columbus Day Cruise: is celebrated on the second Monday in October.  The day commemorates October 12, 1492, when Italian navigator Christopher Columbus landed in the New World.

Halloween Cruise: is celebrated on October 31.  On Halloween, American children dress up in funny or scary costumes and go “trick or treating” by knocking on doors in their neighborhood. The neighbors are expected to respond by giving them small gifts of candy or money.

Veterans Day Cruise: is celebrated on November 11th.  Originally called Armistice Day, this holiday was established to honor Americans who had served in World War I, but it now honors veterans of all wars in which the U.S. has fought. Veterans’ organizations hold parades, and the president places a wreath on the Tomb of the Unknowns at Arlington National Cemetery.

Thanksgiving Day Cruise: is the fourth Thursday in November.   The holiday dates back to 1621, when Puritans, who had just enjoyed a bountiful harvest, showed their gratitude to the Native Americans for their help by hosting a feast to give thanks.  The Thanksgiving feast became a national tradition and almost always includes some of the foods served at the first feast: roast turkey, cranberry sauce, potatoes, and pumpkin pie.

Christmas Eve Cruise: Christmas is a Christian holiday marking the birth of the Christ Child. Decorating houses and yards with lights, putting up Christmas trees, giving gifts, and sending greeting cards have become traditions even for many non-Christian Americans. 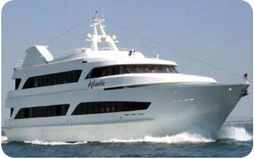 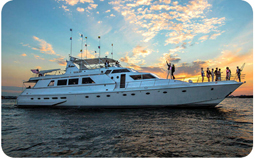 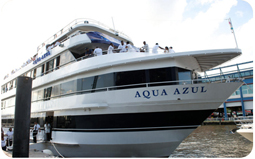 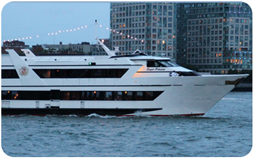 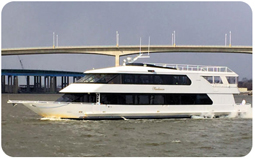 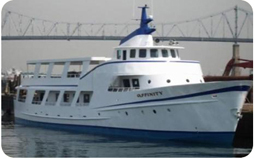 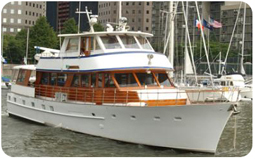 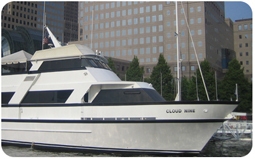 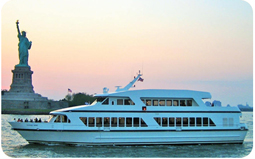 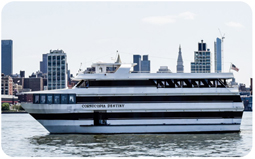 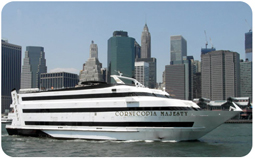 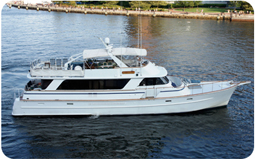